You are here:
DalRae Way 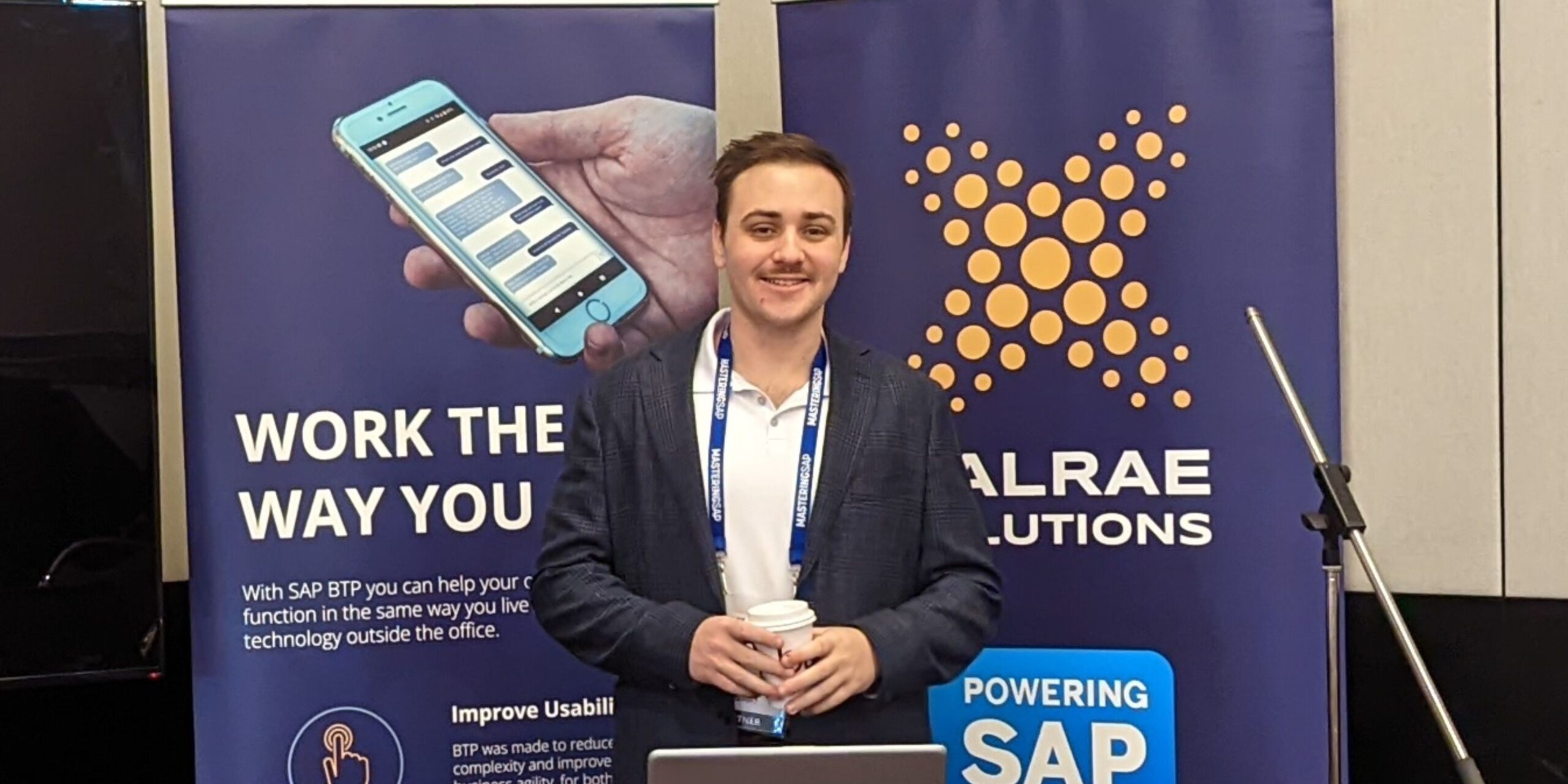 After graduating from Queensland University of Technology, Nick Kowalczyk joined our graduate program in December 2021, initially being assigned to test our SAP based applications.

We caught up with Nick nine months into his graduate career at DalRae to find out how his journey has progressed so far. Here’s what he had to say about his experience to date:

How would you describe your first nine months with DalRae?

It’s been a steep learning curve given I didn’t have a particularly deep knowledge of SAP Software when I joined, but the team have been great in helping me get up to speed. I have been given regular access to some really experienced technical colleagues, as well as completing numerous SAP based learning modules to round out my knowledge. I’ve also had the opportunity to pursue a professional SAP qualification – SAP S/4HANA Cloud Sales Implementation – which I hope to complete in the next month.  Overall, it’s been fantastic!

Have you worked on any external client projects, and if so what type of work have you done on these?

Yes, I’ve worked on several external client projects, including BASIS monitoring and control for a large agricultural client, and assisting with the requirements analysis of Business Technology Platform (BTP) initiatives for a Government Department.

I’ve also worked on an internal project to develop applications showcasing the capabilities of BTP, where I wrote the instructional documentation. These applications have been showcased at several SAP events in recent months.

What’s been your best experience to date?

My best experience has undoubtedly been the opportunity to attend a couple of conferences as part of the DalRae team. The first one – MasteringSAP in Melbourne in July – was one of the biggest SAP conferences in ANZ, with over 800 delegates. That event gave me a great insight into the corporate world, as well as gaining a better understanding of how the SAP ecosystem fits together and what can be achieved with the software.  I also got to attend the SAP SIgnavio conference in Sydney a few weeks later, which once again was a great experience.

You started as a Graduate SAP Tester. What are you now focusing on technically?

My primary role is still testing of SAP applications, but I’m now gaining experience in Business Analysis with a view to moving into a Consulting role further down the track. I feel this is where I want to head with my career and DalRae are supportive of this path.

What’s the one thing you wish you had known when you joined?

Knowing more about SAP would have been helpful, but I’ve learned a lot since December! I also wish I’d known how open the DalRae team are in sharing their knowledge, as I could have asked more questions earlier on.

What advice would you have for new graduates joining DalRae:

My advice would be to have an open mind, be flexible and don’t be afraid to ask questions. The opportunities DalRae has on offer and are willing to provide is something that I believe is hard to come across, so take advantage of these when you get the chance!

Update: Since this interview took place, we are delighted to announce that Nick has been promoted to Associate Business Analyst at DalRae!

If you or someone you know would be interested in talking with DalRae about being considered for our next intake of Technology graduates, please forward a cover letter and resume to info@dalraesolutions.com.au